Bronzes are some of the most important pieces of ancient Chinese art. 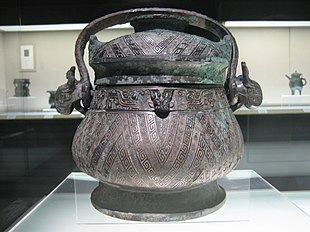 Chinese ritual bronzes are the most impressive surviving objects from the Chinese Bronze Age.

From around 1650 BCE, these elaborately decorated vessels were deposited as grave goodsin the tombs of royalty and the nobility, and were evidently produced in very large numbers, with documented excavations finding over 200 pieces in a single royal tomb.

They were produced for an individual to use in ritual offerings of food and drink to his ancestors in family temples or ceremonial halls over tombs, or rather ritual banquets in which both living and dead members of a family participated; early literary records speak of these. On the death of the owner they would be placed in his tomb, so that he could continue to pay his respects in the afterlife; other examples were cast specifically as grave goods.

The ritual bronzes were probably not used for normal eating and drinking; they represent larger, more elaborate versions of the types of vessels used for this, and made in precious materials.

Apart from table vessels, weapons and some other objects were made in special ritual forms.

Another class of ritual objects are those, also including weapons, made in jade, which was probably the most highly valued of all, and which had been long used for ritual tools and weapons, since about 4,500 BCE. 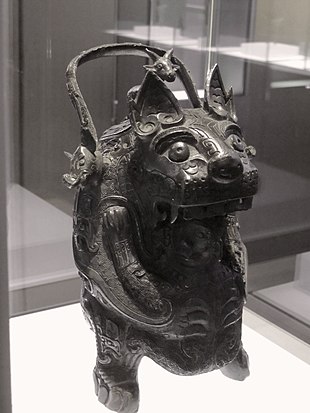 The majority of surviving Chinese ancient bronze artefacts are ritual forms rather than their equivalents made for practical use, either as tools or weapons. Weapons like daggers and axes had a sacrificial meaning, symbolizing the heavenly power of the ruler.

Classification of pieces in the Imperial collection 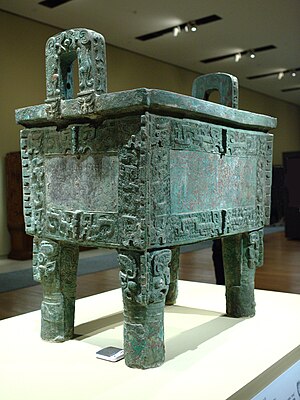 The Houmuwu ding (后母戊鼎), the largest ancient bronze ever found.

A variety of wine vessels around an altar, Western Zhou, Metropolitan Museum of Art. 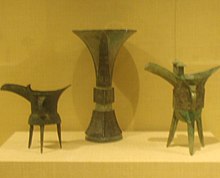 Two Jué on either side of a Gū, all from the Shang dynasty 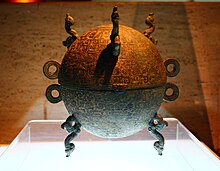 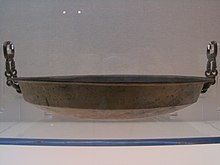 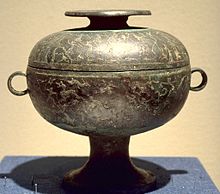 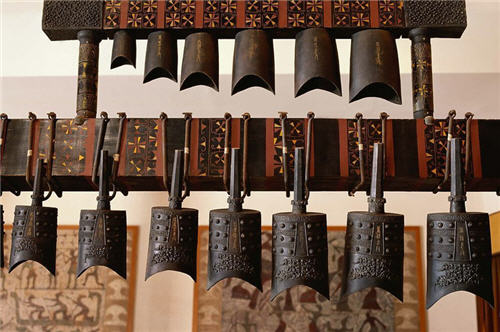 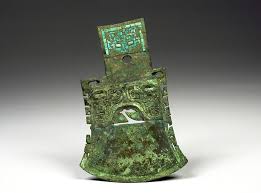 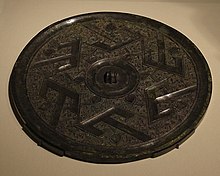