BEIJING — Commissioned by the government to commemorate the 90th anniversary of the founding of the People’s Liberation Army, China’s latest propaganda film was meant to be a patriotic tale about the young soldiers who served their country in its earliest days.

But when it came time to find actors to play some of the Communist Party’s most venerated military commanders, the filmmakers behind “The Founding of an Army” made an unusual — some say disrespectful — casting decision: They piled on the “little fresh meat.”

Since the movie opened in the last week of July, at least one descendant of a figure portrayed in the film has criticized the filmmakers for what he called their “shameful” casting decisions. 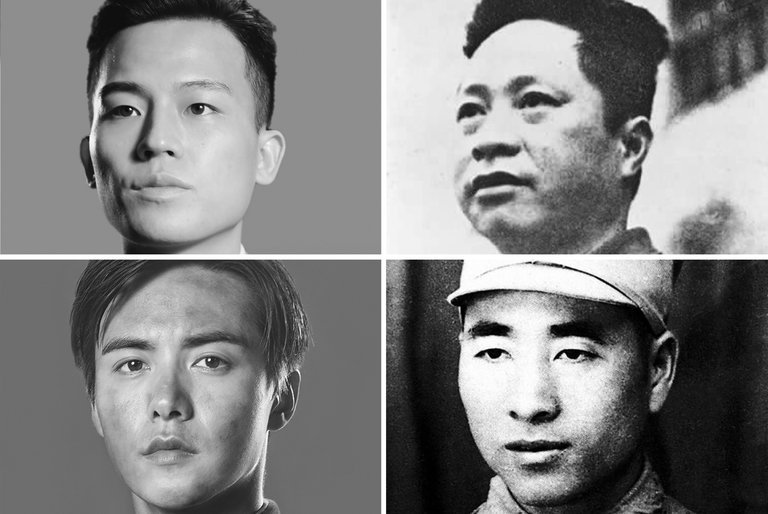 “Someone is trying to make a fortune off these important historical events,” Ye Daying, a grandson of Ye Ting, a Communist military commander, wrote on Weibo, a microblogging site.

“Who is this effeminate boy who can hardly stand up straight playing my grandfather?” Mr. Ye added, referring to Oho Ou, the 24-year-old actor and singer who plays the army officer. “Who are you trying to humiliate?”

Mr. Ye’s grandfather was a Nationalist turned Communist general who helped lead the Northern Expedition, the battles that unified China in the 1920s.

Lu Han, formerly of the boy band EXO, exemplifies this phenomenon. In addition to “The Founding of an Army,” Mr. Lu was cast in last year’s “The Great Wall.”

Other teenage idols in “The Founding of an Army” include Zhang Yixing, also of EXO, and Ma Tianyu, a pop singer who portrays Lin Biao, an army marshal who later became minister of defense under Mao Zedong.

Directed by Andrew Lau, a Hong Kong filmmaker best known for “Infernal Affairs,” “The Founding of an Army” opens with the Nanchang Uprising of 1927, the first major battle between the Nationalists and the Communists during the Chinese Civil War.

Since its premiere less than two weeks ago, the film has taken in just $51.8 million, according to data from Cbooo.cn, a website that tracks Chinese box office revenues.

On Monday night, “Wolf Warrior 2,” another patriotic action film that debuted on the same day as “The Founding of an Army,” became China’s highest-grossing movie. As of Tuesday afternoon, the movie, about a former Chinese special forces operative in war-torn Africa, had taken in $522 million.

The promoters of “The Founding of an Army” have rebutted reports that officials ordered cinemas to screen the movie, and its relative success at the box office was most likely helped by China’s annual summer ban on Hollywood movies.

Reviews of the movie, the third in a trilogy of government-backed films about Chinese history, were better than expected, given the film’s propagandism. In a review for The Hollywood Reporter, Clarence Tsui described it as “a genre-fueled spectacle with scintillating action scenes and self-sacrificing heroes aplenty.”

Despite the outrage over casting, many critics have come to the defense of the xiao xian rou, arguing that their participation helped make young people interested in their history.

“Even though the little fresh meats in the movie still have delicate skin, their military stances are tall and straight,” a commentator named Yu Xiaodong wrote in The Beijing Morning Post.

“They may not know what it was like for our forebears to use their own flesh to carry the destiny of our country and our people,” the commentator wrote, “but at least they are making an effort to draw closer to our elders.”