LAKE BAIYANGDIAN, China — A few hours by car south of Beijing is a delicate string of lakes and ponds famous over the centuries for its fishing, its hunting, its cooling summer breezes.

But over the coming decades these fragile wetlands are to be transformed into an enormous satellite city for China’s overcrowded capital. Hospitals, universities, wholesale markets, corporate headquarters — almost anything that does not fit into Beijing’s role as the political center of China — are to be moved near Baiyangdian in what officials call “the project of the millennium.”

The idea is to turn Beijing into something more like Washington — a city built around a national government, with stately streets and monuments that manifest power.

“The government is redefining what Beijing should be,” said Zhang Yue, a native of the capital who is now an associate professor at the University of Illinois at Chicago and the author of a book comparing Beijing with other global cities. “It doesn’t want a city with old neighborhoods — a city of culture and history — but a political city that serves the needs of the central government.” 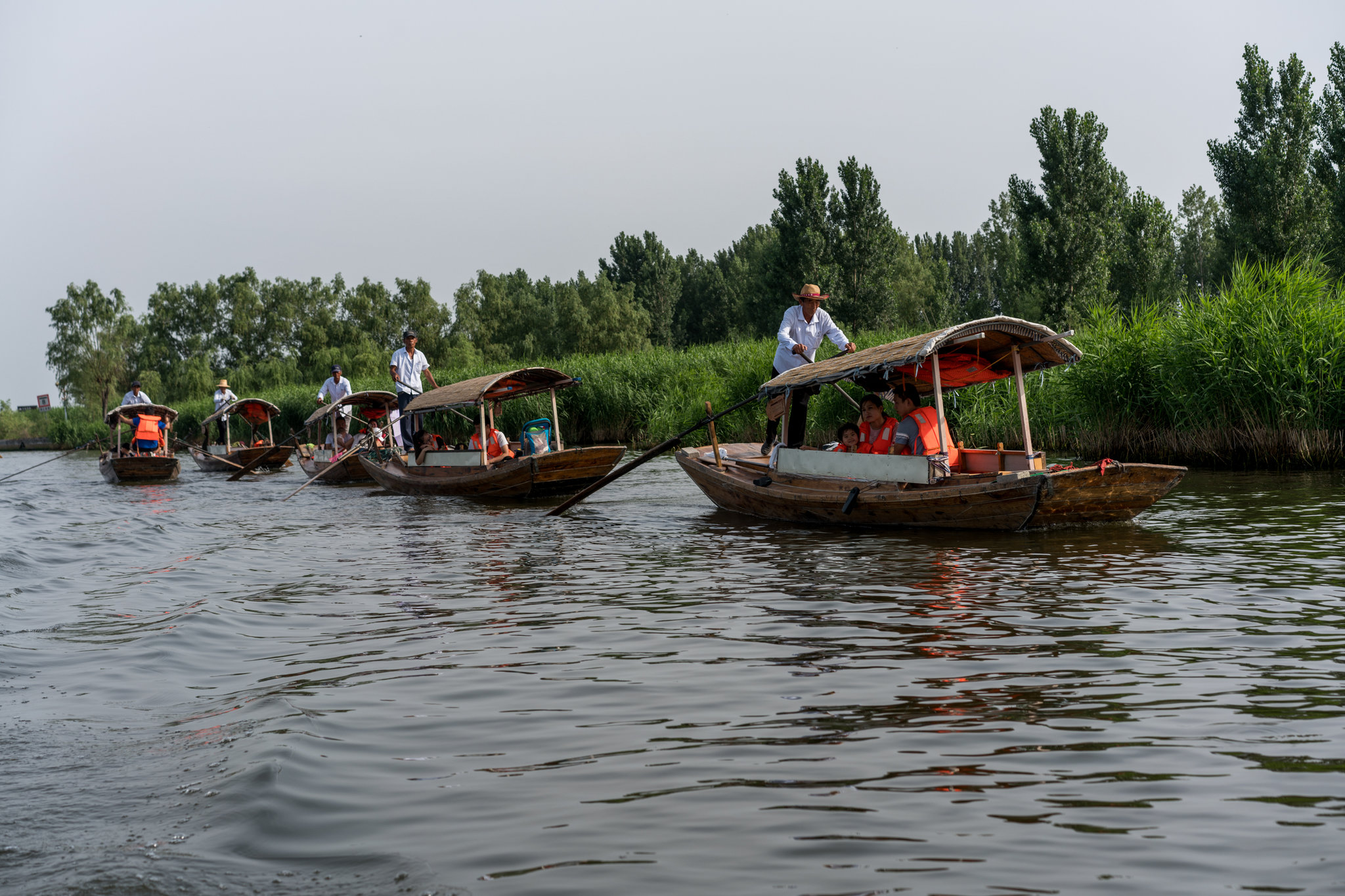 Men rowed boats and operated motorized speedboats that ferried Chinese families. “Of course it’s a great honor that the central government would pay attention to us here in Baiyangdian,” said Chen Dazheng, a boatman who fishes and ferries people along the region’s canals. “We just don’t know what to expect — except that we’re going to have to move.”CreditSim Chi Yin for The New York Times

Planners have already started to move many of the capital’s municipal services to another satellite city, Tongzhou, and there are plans to tear down chaotic but lively markets and neighborhood streets.

The government’s expansionist ambitions are clearest here in what will be known as Xiongan (pronounced Sheong-an) New Area. Three times the size of New York City, it is to be built from scratch out of the delicate swath of meres and marshlands of Baiyangdian, in Xiongan county.

The region is dotted with scores of villages clinging to the sides of lakes and levees, an area that used to be impassable but for boat traffic until a half-dozen years ago. New road construction brought tourism and modest prosperity. Homes were expanded, making construction a major industry.

Locals know big changes are afoot, but they are unsure what those changes will mean for life in the wetlands.

“Of course it’s a great honor that the central government would pay attention to us here in Baiyangdian,” said Chen Dazheng, a boatman who fishes and ferries people along the region’s canals. “We just don’t know what to expect — except that we’re going to have to move.” 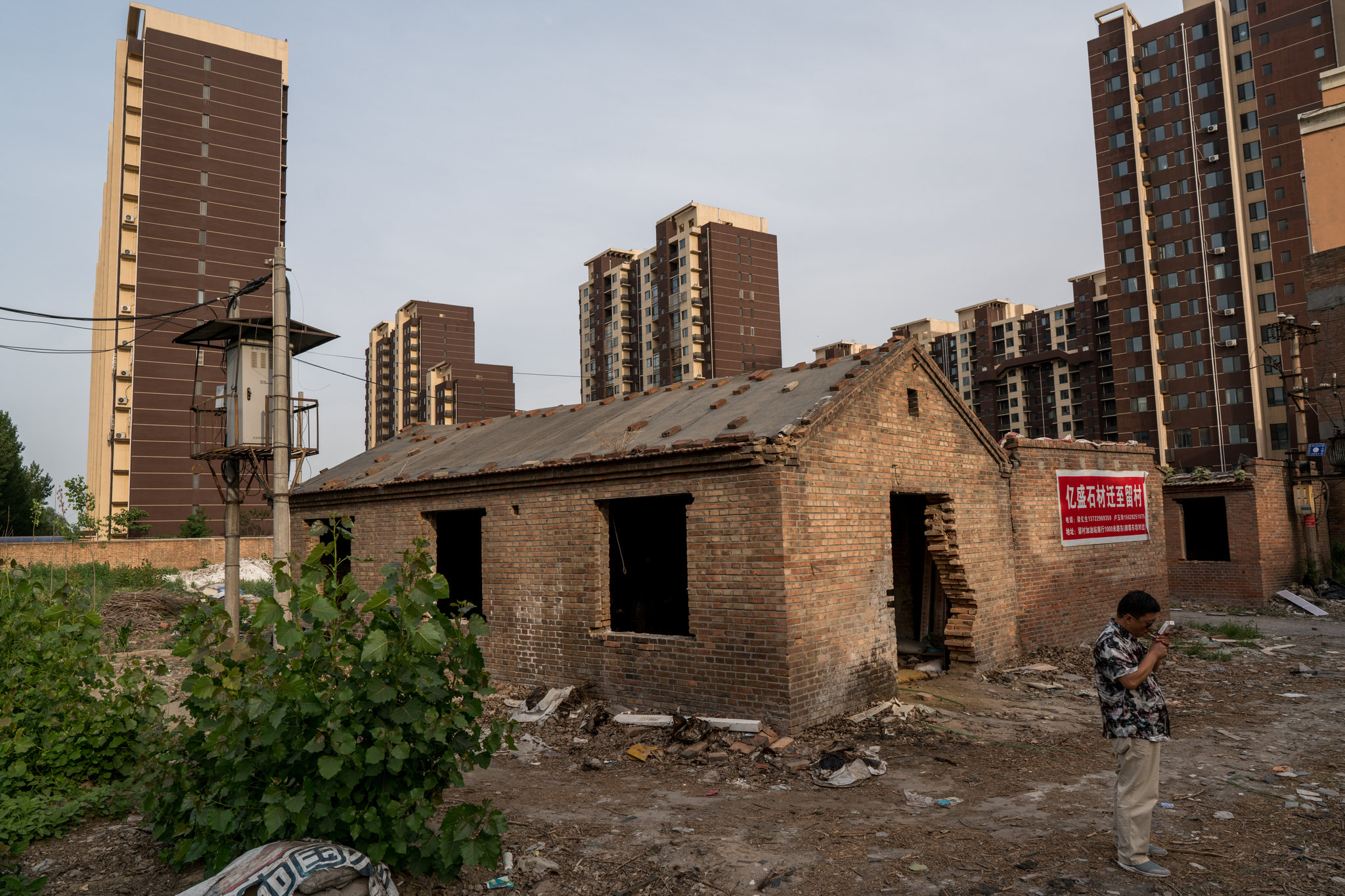 Disused old houses standing among new apartment blocks in Anxin. Houses like these cannot be renovated because authorities banned new construction in the area.CreditSim Chi Yin for The New York Times

That became apparent as soon as the plans were unveiled in April. Real estate prices in the area began to skyrocket, and authorities immediately imposed a strict ban on any sort of new construction.

In China, compensation for expropriated homes is based on the area that the dwelling occupies. In the past, that led residents to slap up additions to their homes or businesses so they could claim more money.

Now, everything is at a standstill. At almost every street corner and next to many homes there are 10-foot stacks of red bricks awaiting laborers. But they cannot be touched. That is true even when a son marries and a new room is needed for the new couple — traditionally the most pressing need for new space.

In one of the region’s most picturesque villages, Quantou, a jigsaw puzzle of narrow alleys and high walls, residents wait anxiously to find out if their homes will be demolished. Just last year the village was listed on a register of historical villages, not only for its architecture but also for the culture that is tightly linked to its geography.

Quantou is home to a complex singing style derived from Buddhist scriptures. The music is sung by a choir of locals who each year take boats across nearby Damaidian Lake to a temple honoring the god of medicine. 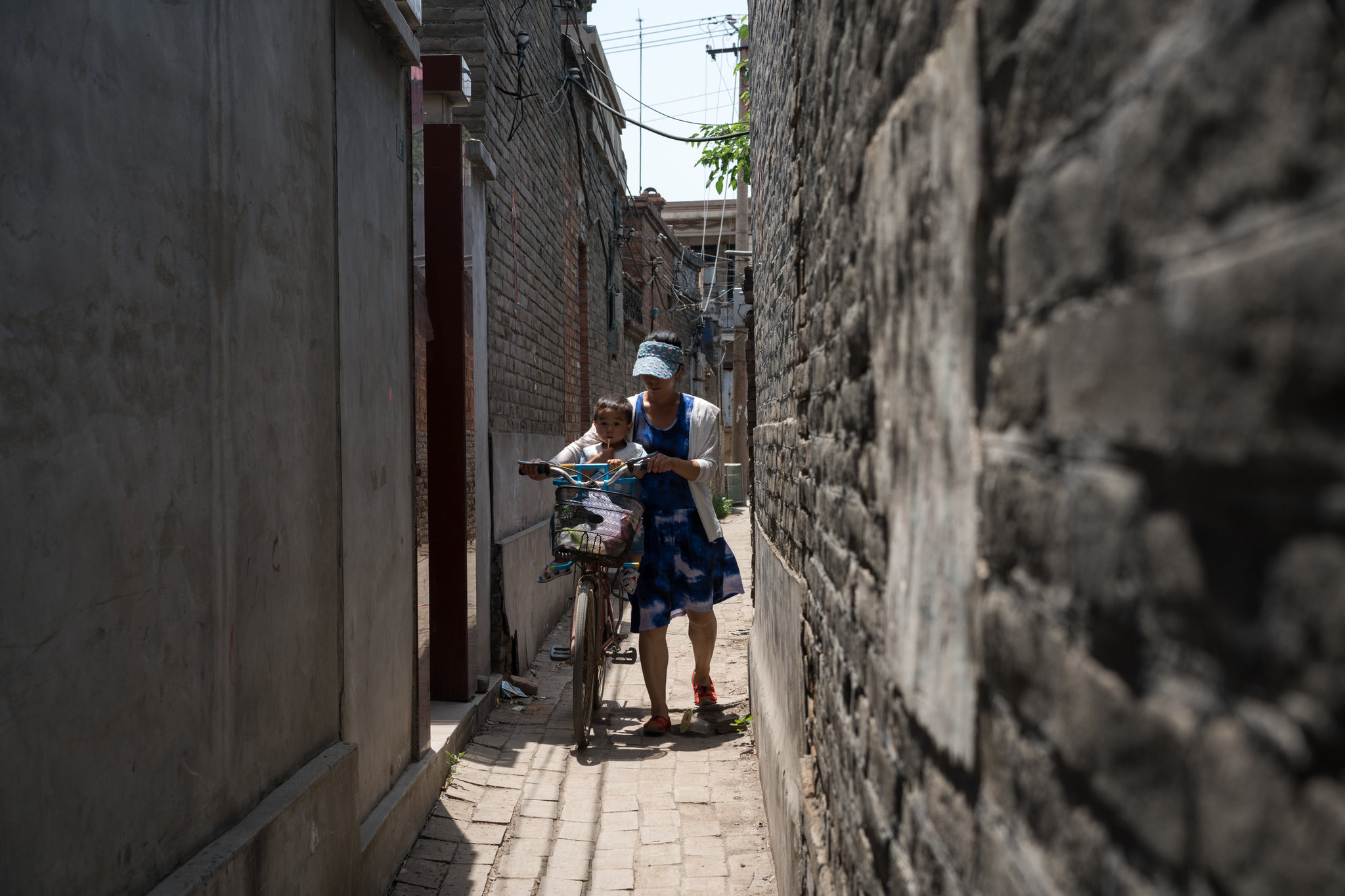 “We hope to keep this going even after the village is torn down, but it depends where we live,” said Xia Manjun, a 36-year-old member of the Quantou choir. “Will we live nearby or be scattered? Will we even be allowed on the lakes if it’s all lined with offices?”

This kind of forced urbanization and redevelopment has already badly damaged traditional cultures in places like Beijing. There, the destruction of the traditional hutong alleys uprooted traditional martial arts and music groups, scattering residents across far-flung suburbs.

In places like Quantou, the situation is even more fragile. People like Mr. Xia are among the last who still know the old music. He sells agricultural products to cities during the week and returns to Quantou on weekends to teach the tradition to local children.

One recent Sunday, he led 20 students in a four-hour workshop to learn the music many of their parents learned growing up in what was a relatively isolated part of the country.

Even with roads, the area is still hard to traverse. Just 15 miles from Quantou Village but an hour drive along bumpy roads is Anxin, a county seat of 55,000 people. It is one of the few urban areas in the region. There, Prof. Zhou Runbiao, a historian in the local government, says concerns about the coming development are overblown. 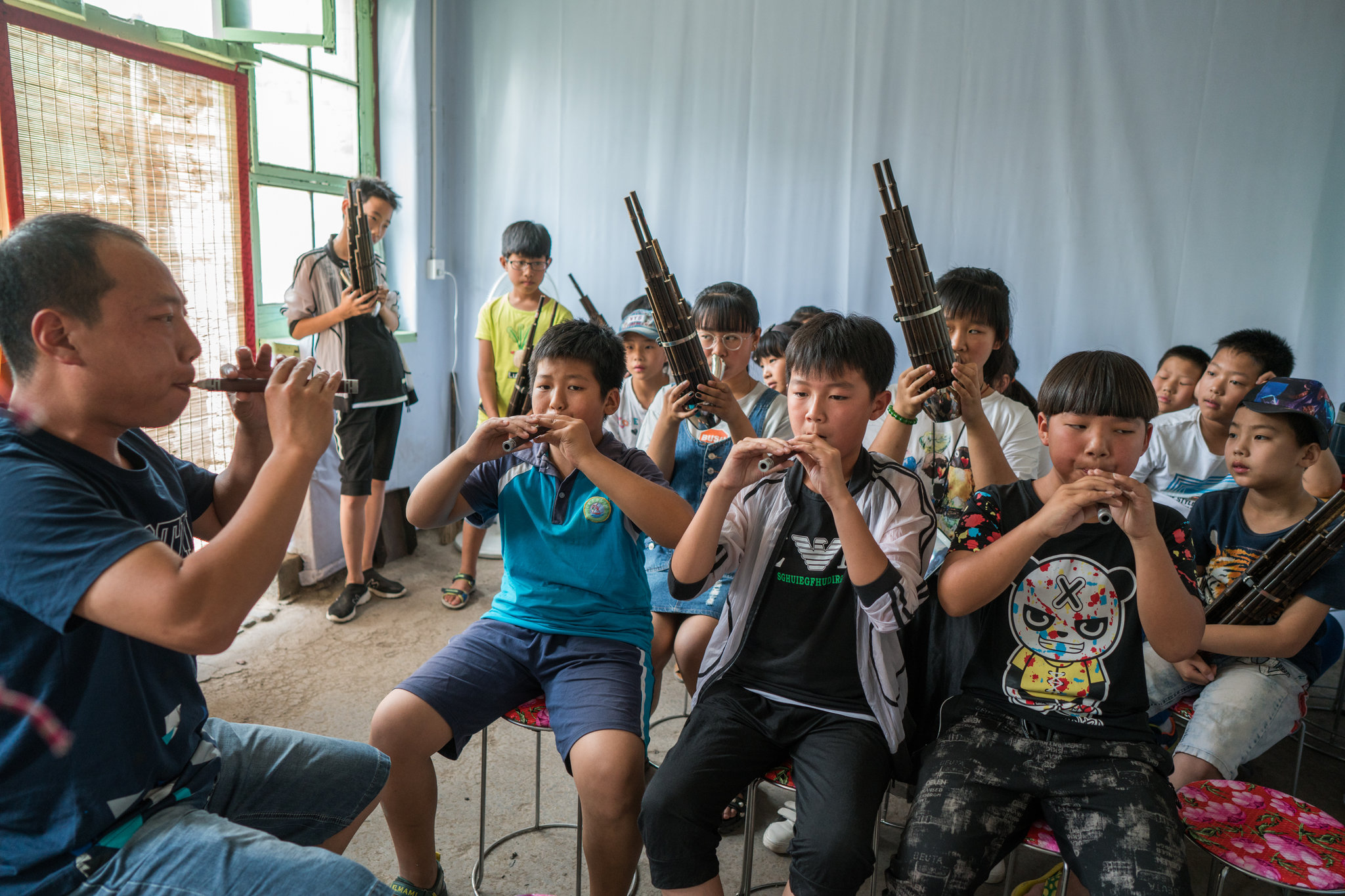 Xia Manjun, 36, teaching a music lesson to local children in Quantou. The village is home to a complex singing style derived from Buddhist scriptures. CreditSim Chi Yin for The New York Times

As one of the few officials willing to talk publicly about the project, Professor Zhou gave a fairly upbeat assessment. First, he noted that the plan was announced only in April and that details had not been worked out. So, he says, talk of demolitions is “premature.”

He said the New Area could likely help improve the region’s poor water quality. In the 1950s, wetlands and lakes covered nearly 300 square miles and were fed by nine rivers flowing from the Taihang Mountains. The area was famous for its aquaculture and clear waters.

Then began a program of dam-building that has transformed much of China, limiting chronic flooding that has plagued the country for centuries, and providing clean hydropower. But the effect on wetlands was catastrophic. The area’s marshes and lakes shrank in half, industries appeared and the water is now undrinkable.

“The reason is that local governments did what they pleased,” Professor Zhou said. “Now, under central government control, the factories will be closed and the water cleaned up.”

Independent experts said they believed this could be the case. Ma Jun, the director of the Institute of Public and Environmental Affairs, a think tank in Beijing, said the project would lead to an influx of new residents, which would increase water use. But it would also very likely qualify for new government funding that could restore the ecosystem. 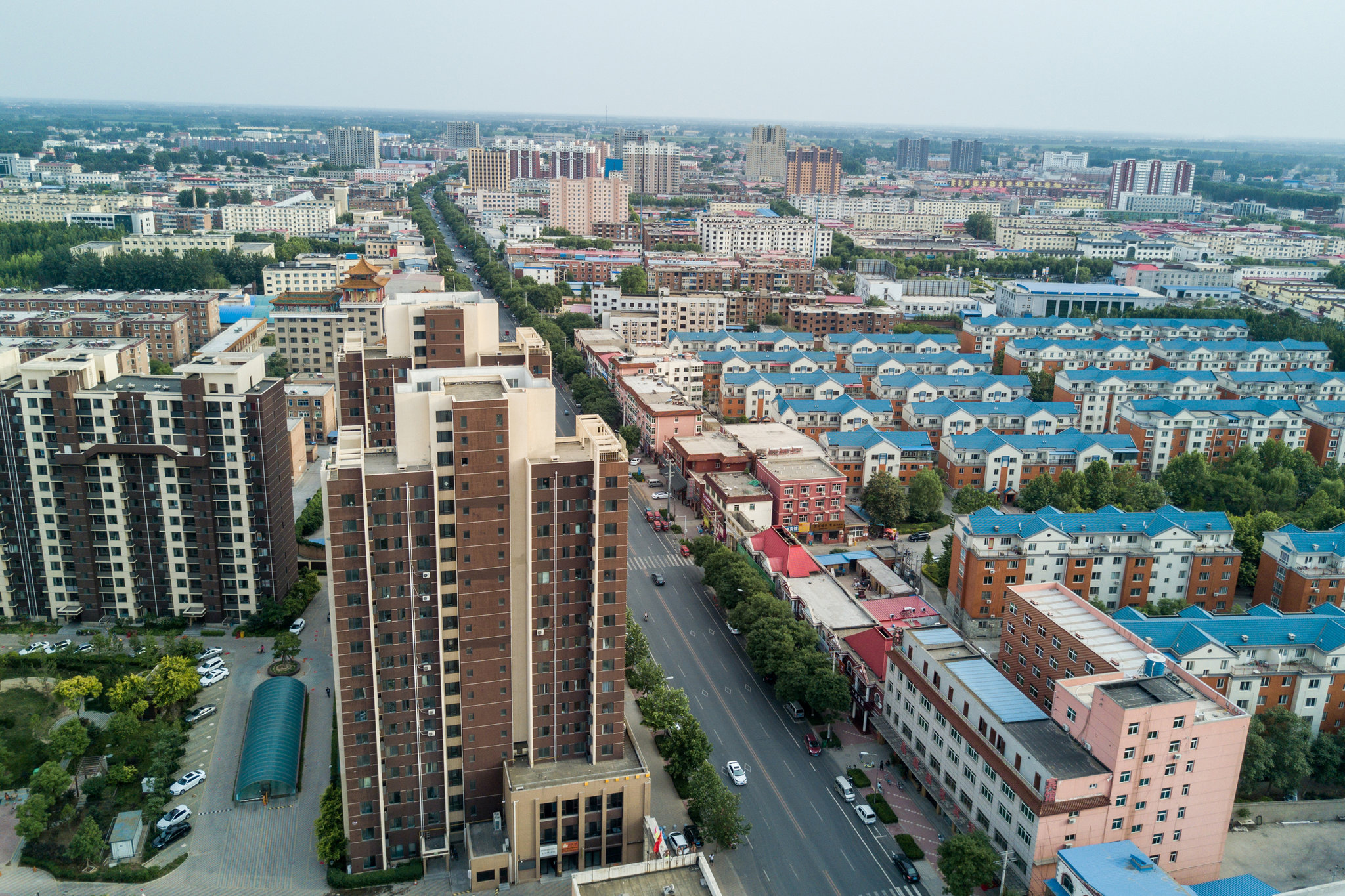 Anxin, a county seat of 55,000 people in Hebei, is one of the few urban areas in the region. CreditSim Chi Yin for The New York Times

“It basically depends on how big the efforts, how firm the resolution and how forceful the monitoring mechanism can be,” Mr. Ma said. “If they are not cautious enough at the beginning, there will be problems.”

Near Professor Zhou’s home is the main lake of Baiyangdian and a 50-square-mile nature reserve that is the site of an unusual private museum to Chinese guerrillas who fought the Japanese in the marshes and waterways during World War II. One of the museum’s founders, Wang Mutou, 66, said he expected little resistance to the new plan.

“Our systems are different,” he said. “You own your land, but in China we just have user rights. The land is owned by the government.”

He had one plea, shared by many of his neighbors who fish, travel and worship along the local waterways.

“We know we will have to move,” Mr. Wang said. “We just hope that when all the research institutes move here and all the companies move in, that we are left with some access to our waters. Please let us stay near the water.”