The need for the U.S. to understand China is obvious. The Chinese economy is on track to become the largest in the world by 2030, Chinese leadership may be the key to resolving the nuclear crisis with North Korea and China has military and economic ambitions in the South China Sea and India.

Meanwhile, the Trump administration has shown (repeatedly) that it’s not even clear on the difference between the People’s Republic of China (the authoritarian state that occupies the mainland and that recently blacklisted Winnie the Pooh) and the Republic of China (the democratic state that occupies the island of Taiwan and that numerous U.S. presidents have defended against mainland Chinese shows of force).

Part of what U.S. diplomats and informed citizens need to know is the basic historical background to contemporary China. However, as a scholar of Chinese philosophy, I believe it’s at least as important to understand how China thinks.

Unfortunately, very few universities in the United States teach traditional Chinese philosophies such as Confucianism or Daoism. Why not? And why should we care?

There are at least three reasons that the lack of Chinese philosophy instruction in U.S. universities is problematic.

First, China is an increasingly important world power, both economically and geopolitically – and traditional philosophy is of continuing relevance in China. President Xi Jinping has repeatedly praised Confucius, the influential Chinese philosopher who lived around 500 B.C. 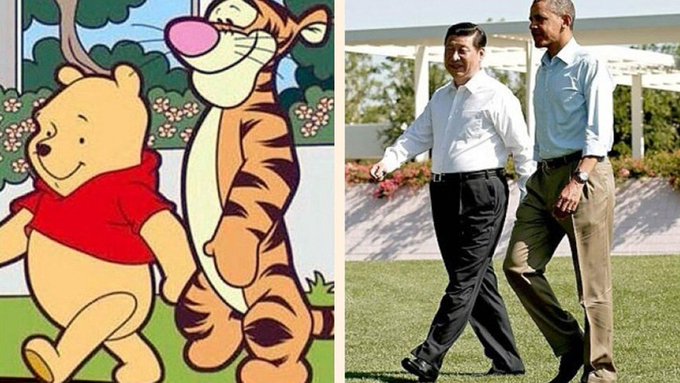 Like the Buddha, Jesus and Socrates, Confucius has been variously interpreted – sometimes idolized and other times demonized. At the beginning of the 20th century, some Chinese modernizers claimed that Confucianism was authoritarian and dogmatic at its core. Other thinkers have suggested that Confucianism provides a meritocratic alternative that is arguably superior to Western liberal democracy.

Thinking about these issues is important in understanding China’s present and future: How will the next generation of Chinese diplomats, party officials and presidents (not to mention ordinary voters) learn about Confucius and his role in China as a political thinker?

For example, Georgetown professor Erin Cline has shown how Confucian ethics can provide a deeper understanding of ethical issues regarding the family and can even inform policy recommendations. Confucians emphasize both the role of parents in nurturing children and the responsibility of government to create environments in which families can flourish. Cline demonstrates that practical initiatives like the Nurse-Family Partnership help to realize both goals.

The third reason that it’s important to add Chinese philosophy to the curriculum has to do with the need for cultural diversity. As two philosophers recently pointed out in a Los Angeles Times op-ed:

…academic philosophy in the United States has a diversity problem. …Among U.S. citizens and permanent residents receiving philosophy Ph.D.‘s in this country, 86 percent are non-Hispanic white.

Both my own experience and that of many of my colleagues suggest that part of the reason for this is that students of color are confronted with a curriculum that appears to be a temple to the achievements of white men. We need to expand the philosophical curriculum to include not only Chinese philosophy, but also the other less commonly taught philosophies, including Africana, feminist, indigenous American, Islamic, Latin American and South Asian philosophies.

Just how bad is the situation?

Most philosophy departments seem unwilling to admit there’s philosophy outside of the European tradition that’s worth studying.

In contrast, every one of the top 50 schools has at least one regular member of the philosophy department who can lecture competently on Parmenides, a pre-Socratic Greek philosopher. His only surviving work is a poem filled with cryptic utterances like: “for not to be said and not to be thought / is it that it is not.” Is this really more profound than the sum total of Chinese philosophy?

I was recently part of a panel at a major academic conference that was specifically advertised as an opportunity for nonspecialists to learn about Chinese philosophy. While other sessions at the conference had packed rooms, we lectured to an audience of fewer than a dozen people.

In contrast, at Chinese universities, both Western and traditional Chinese philosophy are routinely taught. China is also heavily investing in higher education, while the Trump administration hopes to slash funding for education. I expect that China understands the U.S. better than we understand it.

What does the future hold?

At the beginning of this article, I cited some reasons that China is increasingly important on the world stage. Here’s one more: China is currently starting upon one of the most ambitious building projects in all of human history, the One Belt, One Road initiative. A modern version of the ancient Silk Road, it will expand and solidify Chinese economic and political power across all of Eurasia.

Can the U.S. really afford not to understand this country? As Confucius said,