Looking like a design amalgamation of a Roman coliseum and a doughnut, tulou buildings, found in China’s southwest Fujian province, are some of the most stunning historic structures in the country.

But many of these residential buildings, which feature a courtyard surrounded by a perimeter of homes that rise several stories high, are under threat.
Although 46 of the largest and most important tulou have been listed by UNESCO as World Heritage sites, an estimated 3,000 remain in the province with no such status.
Many of these tulou are nearly empty and are falling into disrepair, with homes abandoned as residents leave for economic opportunity in the cities.
UNESCO describes the tulou it protects as “exceptional examples of a building tradition and function exemplifying a particular type of communal living.”
UNESCO points out that tulou design was ideal for defense purposes as well as encouraging communal lifestyles. The organization says that, “Housing a whole clan, the houses functioned as village units and were known as ‘a little kingdom for the family’ or ‘bustling small city’.”
Lin Lusheng, who grew up in a tulou named Taoshu Building in Fujian’s Neilong village, agrees with this sentiment. He has been on a mission to shine new light on the intriguing design of these often neglected buildings.
The 34-year-old started the “Hao Cuobian” project — the phrase means “good neighbor” in a dialect spoken by his Hokkien ancestors — and since 2015 he has spent money he raised through the project on renovating Taoshu Building, and educate its remaining residents about their heritage.
“Tulou make me aware of this sense of community,” he says. “When I was small, kids would eat at a neighbor’s house if their parents had to work on the farm. It was common to see kids knocking at each other’s doors to ask friends to eat and play,” he recalls, of the tulou’s design and its ability to foster social interaction.
“This is something missing in modern society.” 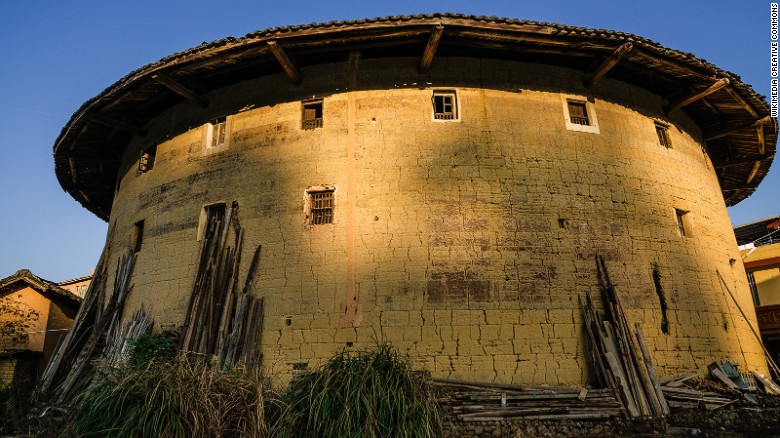 The first tulou, which are unique to southeast China’s Fujian province, were built toward the end of China’s Song Dynasty (960AD – 1279AD) by people from the Chinese Hakka ethnic group who fled from the north of the country via various migrations due to social unrest or to avoid war-torn northern areas.
“They settled in rural areas because they were often poor and had nothing to do with authorities,” Lin says. “They had to build their own clan houses at their own cost.”
The residences, which could hold up to 800 people at a time, were constructed using a mixture of clays, which were sometimes fortified with wood, and hardened into sections by large bamboo molds.
Often three or four stories high, the housing usually had only one gated entrance that led into the main courtyard.
“The walls were extremely thick, and there would be water tanks above the gate because in ancient times invaders or burglars would set fire to the gate,” explains Lin Weicheng, an architecture student at Xiamen University who worked with Lin Lusheng on the Taoshu Building renovation.
“It’s also said that there were underground tunnels to escape through,” Lin Weicheng adds. “They had water wells, and bigger tulou would have little farm areas with vegetables and livestock.
“In some big tulou the reserves could last for two or three months.”
The shape of the tulou encouraged tight-knit communities and although families had individual housing sections, residents would convene in the courtyard for ceremonies such as ancestor worship and weddings, as well as the normal interactions of daily life.
Although their facilities seem basic by modern standards, living in a tulou was an indicator of success among the Hakka people who built them, with only those able to help pay for them to be built living in them. 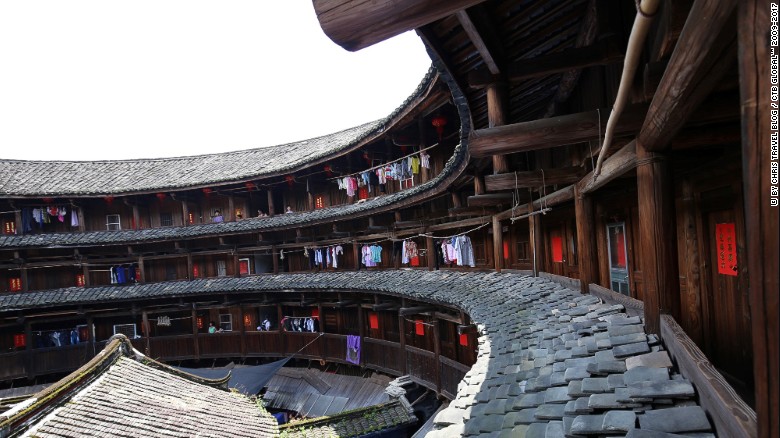 People of the Hokkien ethnic group also built tulou, but while Hakka structures feature long corridors that run through every floor of the buildings, the Hokkien-built residences do not.
Although both styles feature open public spaces in the middle, the shared corridors in the Hakka style make the structures even more communal.
“This is due to culture,” says Lin Weicheng. “Hakka people were migrants or refugees from the north and did not feel safe settling in another region, so having that public space made it easier for them to stay together in emergencies.”

Tourism rather than farming now supports many of those who live in the historical structures, and there is an increasing trend for young rural people in China to move from their hometowns to cities.
Lin Lusheng has fond memories of growing up in a tulou, and hopes his ongoing work will ensure his heritage does not die out with this generation. Many people started moving out of Taoshu Building in the 1990s and now only about 30 people from 14 families live there.
“Young people don’t live in tulou anymore — people are leaving their country houses empty,” he says. “It’s not just the tulou — even newly built houses are becoming empty as people go to cities to work. 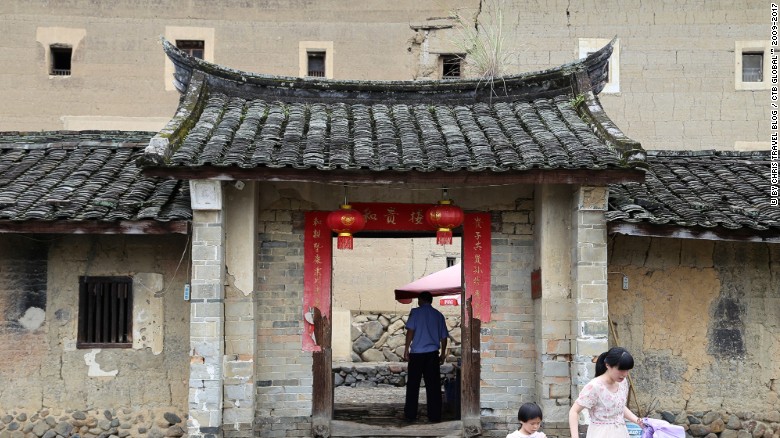 So far he’s raised close to 120,000 yuan ($17,400) through donations and grants to support his efforts, and while he completed the renovation of Taoshu Building in June 2016, the work continues.
In addition to working on new renovation projects, Lin Lusheng runs extra-curricular courses in the Taoshu Building he grew up in, teaching around 60 schoolchildren about tulou architecture and culture in the region.
He also hopes to establish a program that would allow families who moved from their tulou homes to cities to send their children back to live in them during school holidays.
“With our education courses, we hope that local people will have a better understanding of the tulou and their local environment,” he adds.
“Understanding and self-identity is crucial for anyone’s feelings towards their habitat.”
By Jamie Fullerton, CNN