It is a major challenge to translate Cao’s prose, which utilizes many levels of colloquial and literary language and incorporates forms of classic poetry that are integral to the novel. A recent study concluded that the work is a “challenge even to the most resourceful of translators, and the process of rendering it into another language is bound to involve more translation problems, techniques, and principles than the process of rendering any other literary work.”

The first recorded attempt at translating the novel into English was done by the noted Protestant missionary and sinologist Robert Morrison (1782–1834) in 1812 when he translated part of chapter four of the novel for the purpose of having it published in the second volume of his 1812 book Horae Sincae (this book was never published). In 1816, Morrison did publish a translation of a conversation from chapter 31 in his Chinese language textbook Dialogues and Detached Sentences in the Chinese Language. In 1819, a short excerpt from chapter 3 was translated by the famous British diplomat and sinologist John Francis Davis (1795–1890) and published in the London Journal Quarterly Review. Davis also published a poem from chapter 3 of the novel in 1830 in the Transactions of the Royal Asiatic Society. 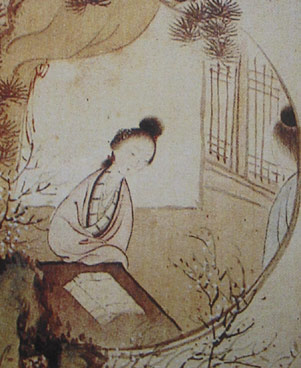 An abridged translation by Wang Chi-Chen which emphasized the central love story was published in 1929, with a preface by Arthur Waley. Waley said that in the passages which recount dreams “we feel most clearly the symbolic or universal value” of the characters. “Pao Yu”, Waley continued, stands for “imagination and poetry” and his father for “all those sordid powers of pedantry and restriction which hamper the artist…” In a 1930 review of Wang’s translated version, Harry Clemons of The Virginia Quarterly Review wrote “This is a great novel,” and along with the Romance of the Three Kingdoms, it “ranks foremost” among the novels of classic Chinese literature. Although Clemons felt “meaning was only fragmentarily revealed” in the English translated prose and that “many of the incidents” and “much of the poetry” were omitted, he nevertheless thought “at any rate the effort to read The Dream of the Red Chamber is eminently worth making.” In 1958 Wang published an expansion on his earlier abridgement, though it was still truncated at 60 chapters.

The stream of translations and literary studies in the West grew steadily, building on Chinese language scholarship. The 1932 German translation by Franz Kuhn was the basis of an abridged version, The Dream of the Red Chamber, by Florence and Isabel McHugh published in 1958, and a later French version. Bramwell Seaton Bonsall, completed a translation in the 1950s, Red Chamber Dream, a typescript of which is available on the web. Critic Anthony West wrote in The New Yorker in 1958 that the novel is to the Chinese “very much what The Brothers Karamazov is to Russian and Remembrance of Things Past is to French literature” and “it is beyond question one of the great novels of all literature.” Kenneth Rexroth in a 1958 review of the McHugh translation, describes the novel as among the “greatest works of prose fiction in all the history of literature,” for it is “profoundly humane.” 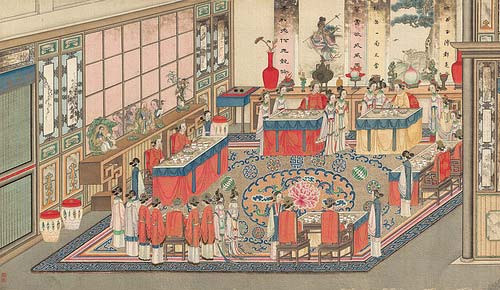 The first complete English translation to be published was by David Hawkes some century and a half after the first English translation. Hawkes was already a recognized redologist and had previously translated Chu Ci when Penguin Classics approached him in 1970 to make a translation which could appeal to English readers. After resigning from his professorial position, Hawkes published the first eighty chapters in three volumes (1973, 1977, 1980). The Story of the Stone (1973–1980), the first eighty chapters translated by Hawkes and last forty by John Minford consists of five volumes and 2,339 pages of actual core text (not including Prefaces, Introductions and Appendices). The wordcount of the Penguin Classics English translation is estimated as 845,000 words. In a 1980 review of the Hawkes and Minford translation in The New York Review of Books, Frederic Wakeman, Jr. described the novel as a “masterpiece” and the work of a “literary genius.” Cynthia L. Chennault of the University of Florida stated that “The Dream is acclaimed as one of the most psychologically penetrating novels of world literature.” Michael Orthofer of the online literary site Complete Review proclaims it as one of the few works that can be considered for the title “Book of the Millennium,” and a rare piece of literature “in which one can lose oneself completely.”

In 2014, an abridged translation of Dream by writer Lin Yutang resurfaced in a Japanese library. Lin’s translation, about half the length of the original, is reportedly not a literal one.