According to legends, the founder of music in Chinese mythology was Ling Lun at the time of the Yellow Emperor, who made bamboo pipes tuned to the sounds of birds including the phoenix. A twelve-tone musical system was created based on the pitches of the bamboo pipes, and the first of these pipes produced the “yellow bell” (黃鐘) pitch, and set of tune bells were then created from the pipes.

During the Zhou Dynasty, a formal system of court and ceremonial music later termed yayue (meaning “elegant music”) was established. Note that the word music (樂, yue) in ancient China may also refer to dance as music and dance were considered integral part of the whole, and its meaning can be further extended to poetry as well as other art forms and rituals. Music in the Zhou Dynasty was conceived as a cosmological manifestation of the sound of nature integrated into the binary universal order of yin and yang, and this concept has enduring influence later Chinese thinking on music. “Correct” music according to Zhou concept would involve instruments correlating to the five elements of nature and would bring harmony to nature. Around or before the 7th century BC, a system of pitch generation and pentatonic scale was derived from a cycle-of-fifths theory. 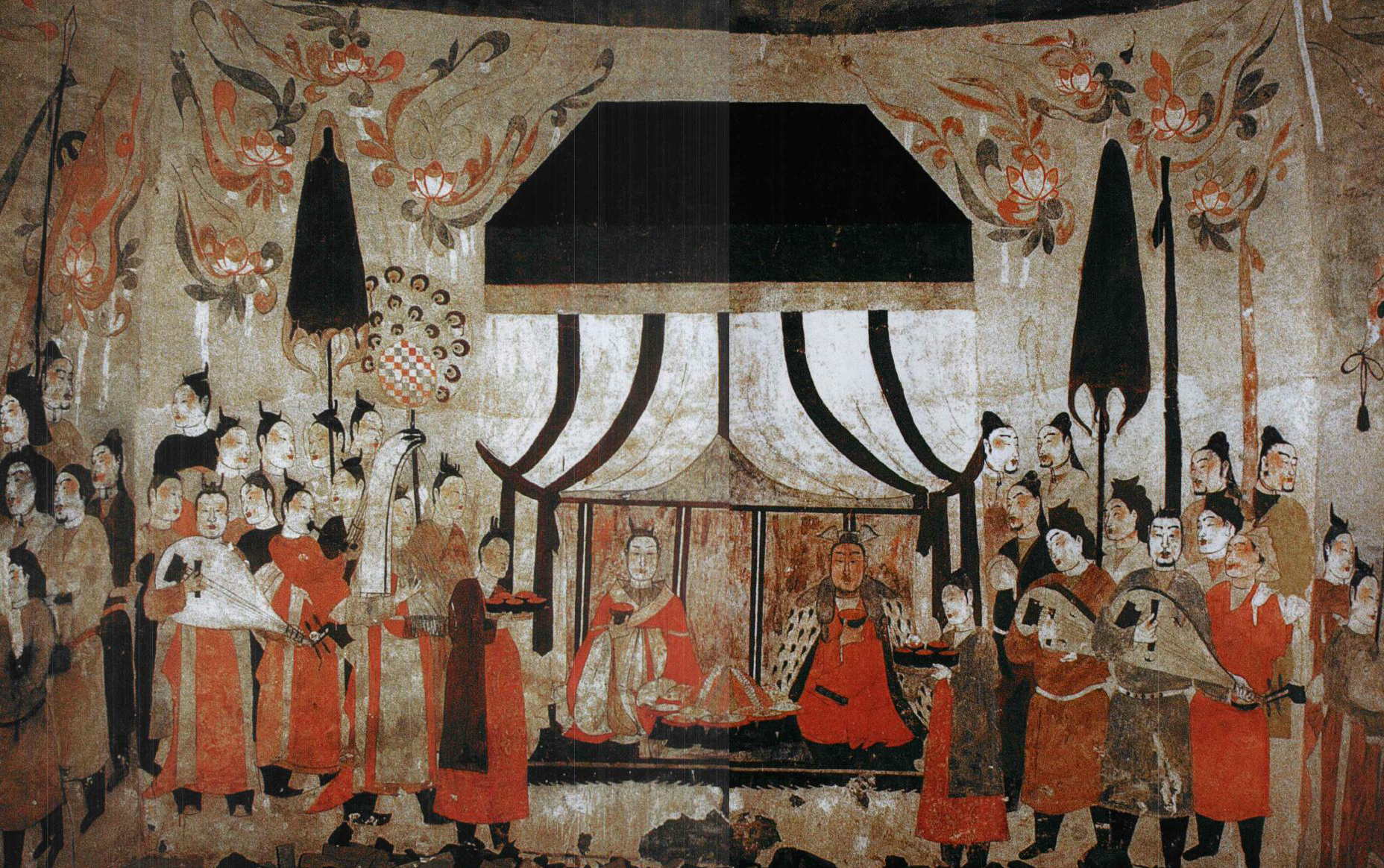 Chinese philosophers took varying approaches to music. To Confucius, a correct form of music is important for the cultivation and refinement of the individual, and the Confucian system considers the formal music yayue to be morally uplifting and the symbol of a good ruler and stable government. Some popular forms of music, however, were considered corrupting in the Confucian view. Mozi on the other hand condemned music, and argued in Against Music (非樂) that music is an extravagance and indulgence that serves no useful purpose and may be harmful. According to Mencius, a powerful ruler once asked him whether it was moral if he preferred popular music to the classics. The answer was that it only mattered that the ruler loved his subjects.

The Imperial Music Bureau, first established in the Qin Dynasty (221–207 BC), was greatly expanded under the emperor Han Wu Di 武帝 (140–87 BC) and charged with supervising court music and military music and determining what folk music would be officially recognized. In subsequent dynasties, the development of Chinese music was strongly influenced by the musical traditions of Central Asia.

The oldest extant written Chinese music is “Youlan” (幽蘭) or the Solitary Orchid, attributed to Confucius. The first major well-documented flowering of Chinese music was for the qin during the Tang Dynasty (618-907AD), though the qin is known to have been played since before the Han Dynasty. This is based on the conjecture that because the recorded examples of Chinese music are ceremonial, and the ceremonies in which they were employed are thought to have existed “perhaps more than one thousand years before Christ”, the musical compositions themselves were performed, even in 1000 BC, in precisely the manner prescribed by the sources that were written down in the seventh century AD. (It is based on this conjecture that Van Aalst dates the “Entrance Hymn for the Emperor” to c. 1000 BC.)

In ancient China the social status of musicians was much lower than that of painters, though music was seen as central to the harmony and longevity of the state. Almost every emperor took folk songs seriously, sending officers to collect songs to inspect the popular will. One of the Confucianist Classics, Shi Jing 詩經 (The Classic of Poetry), contained many folk songs dating from 800 BC to about 400 BC.

Through succeeding dynasties over thousands of years, Chinese musicians developed a large assortment of different instruments and playing styles. A wide variety of these instruments, such as guzheng and dizi are indigenous, although many popular traditional musical instruments were introduced from Central Asia, such as the erhu and pipa.

The presence of European music in China appeared as early as 1601 when the Jesuit priest Matteo Ricci presented a Harpsichord to the Ming imperial court, and trained four eunuchs to play it. During the late Qing Dynasty era, the influence of Western music began to be felt.