Mo Li Hua ( “Jasmine Flower”) is a popular Chinese folk song. The song dates back to the 18th century. In time, many regional variations were created, and the song gained popularity both in China and abroad.

It was created during the Qianlong era (1735–1796) of the Qing dynasty. There are several regional versions of the song, the more well-known one from Jiangsu Province, and the other from Zhejiang Province. They have different lyrics and melody. One version of the song describes a custom of giving jasmine flowers, popular in the southern Yangtze delta region of China. Another, longer version describes the fear of plucking the flower. It has been played on ancient metal bells (bianzhong) and modern jade chimes. It uses the five note (pentatonic) scale developed in China and popular through Asia. The tune is one of xiaodiao (“short tunes”), popular in Chinese urban areas. In 1804 a British diplomat, John Barrow, noted that the tune seems to be one of the most popular songs in China.

The song became one of the first Chinese folk songs to become widely known outside China. In 1896 the song was used as temporary national anthem by the Qing Chinese officials in Europe. 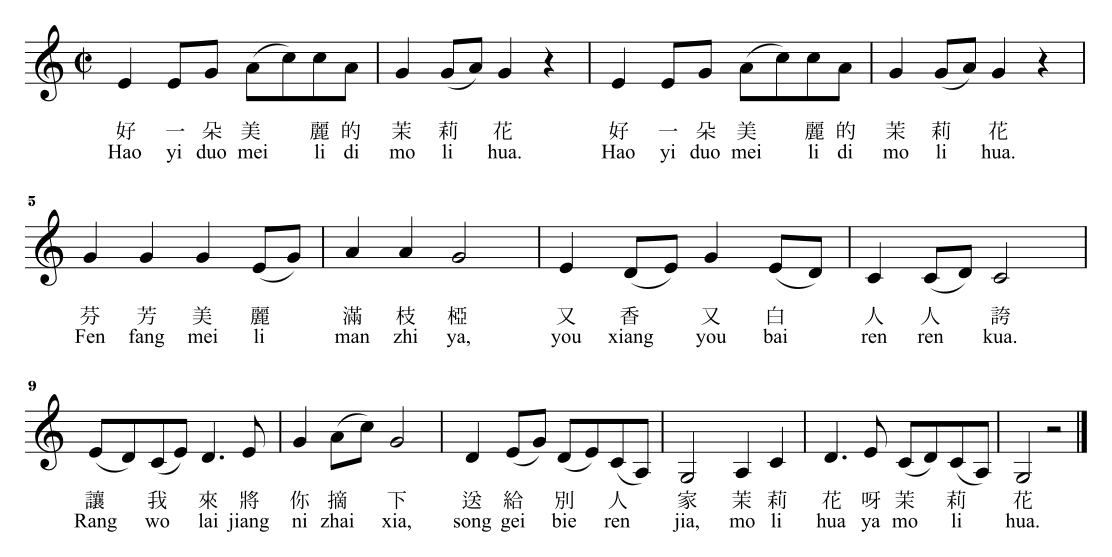