Rice is the dietary staple in most of the country. In the north and the west, where the climate is too dry to grow rice, wheat is the staple grain. Here, breakfast usually consists of noodles or wheat bread. In the south, many people start the day with rice porridge, orcongee,served with shrimp, vegetables, and pickles. Lunch is similar to breakfast. The evening meal is the day’s largest. Every meal includes soup, which is served as the last course.

People cook in a wok, a metal pan with a curved bottom; this style of cooking requires little oil and a short cooking time. Steaming in bamboo baskets lined with cabbage leaves is another cooking method. Meat is expensive and is served sparingly.

The cuisine can be broken down into four main geographic varieties. In Beijing and Shandong, specialties include Beijing duck served with pancakes and plum sauce, sweet and sour carp, and bird’s nest soup. Shanghaiese cuisine uses liberal amounts of oil and is known for seafood and cold meat dishes. Food is particularly spicy in the Sichuan and Hunan provinces. Shrimp with salt and garlic, frogs’ legs, and smoked duck are popular dishes. 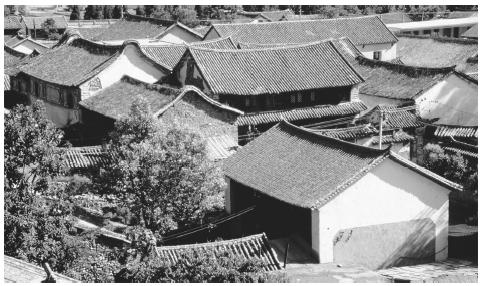 The southern cuisine of Canton and Chaozhou is the lightest of the four. Seafood, vegetables, roast pork and chicken, and steamed fish are served with fried rice.Dim sum,a breakfast or lunch meal consisting of a combination of different appetizer style delicacies, is popular there.

Cooking reflects the country’s history of famines caused by factors such as natural disasters and war. The Chinese eat parts and species of animals that many other cultures do not, including fish heads and eyeballs, birds’ feet and saliva, and dog and cat meat.

Tea is the most common beverage. The Han drink it unsweetened and black, Mongolians have it with milk, and Tibetans serve it with yak butter. The Chinese are fond of sugary soft drinks, both American brands and locally produced ones. Beer is a common beverage, and there are many local breweries.

Special occasions and large family gatherings often entail big, elaborate meals. In the north, dumplings calledjiaoziare served at the Spring Festival and other special occasions. For the Moon Festival in midautumn, “moon cakes” are served, baked pastries filled with ground sesame and lotus seeds or dates. Banquets originating in the imperial tradition are ceremonial meals common to important state gatherings and business occasions. They usually are held at restaurants and consist of ten or more courses. Rice is not served, as it is considered too cheap and commonplace for such an event.

Selected Notes from the Wikipedia: