By He Huifeng
They belong to an army of millions that has swept the mainland, overtaking the public spaces of every town and city.

Dawn and dusk they gather, falling in to precise rows and columns in classic military-style square formations.

They are a determined, primal force, whose economic decisions can strike fear in world markets.

When loudspeakers roar they leap into action, stamping their feet.

They are the “damas”.

A Chinese word that translates literally as “big mamas”, “damas” refers to the burgeoning legions of women, usually middle aged, who gather in the mainland’s parks and squares to dance in unison to often deafeningly-loud music. 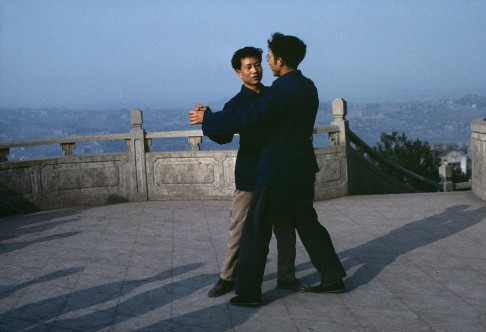 To some mainland residents, particularly those living near a square, the damas are little more than a public nuisance, whose gatherings clutter the space and whose loudspeakers shatter the quiet.

Yet the damas have gained a foothold on the global stage, where the significance of their aggressive, herd-like behaviour has dawned on economists all the way to Wall Street.

The damas – estimated by some Chinese media reports to number more than 100 million – hold the purse strings of their families and do everything in groups. They entertain themselves in groups, dance in groups and travel in groups; they even speculate on house prices by purchasing apartments in groups.

And when the gold price plunged in April 2013 they shocked the world by, collectively, purchasing 300 tonnes of gold worth 100 billion yuan in what traders termed the blink of an eye.

Those heady 10 days of trading prompted The Wall Street Journal to describe this generation of Chinese women as a prime force influencing the global gold market. It now uses the term ‘dama’ to refer both to the ladies and the phenomenon of panic buying.

The damas’ reputation stateside grew only more fearsome when, in August 2013, a group of senior Chinese ladies dancing in New York’s Sunset Park were confronted by local police following complaints about noise from nearby residents. The local court even served a summons related to a certain Ms Wang.

Many commentators now believe that understanding the damas’ craze for square dancing is crucial to grasping the pulse of the Chinese economy. Yet until recently precious little has been known about this enormous group. Professor Huang Yongjun, and his research group at the Hunan Normal University, are setting about changing that.

They surveyed more than 1,000 damas across the country between 2012 and June this year. Their research has led them to conclude that the square dance craze sweeping the nation can be traced to various historical events.

“A large number of Chinese damas lost their jobs when tens of millions of workers from state-run enterprises were laid off during the 1990s,” said Huang. “With a strong desire to pursue health and entertainment but a lack of public facilities, they had plenty of time but little money. It’s the background to why Falun Gong swept the entire nation at the time.

“After Falun Gong was banned by the authorities, low-cost square dancing soon became the most fashionable form of exercise for Chinese damas,” Huang said. “Interest heated up in the late 2000s when the Chinese government called for a nationwide fitness programme to welcome the Beijing Olympics Games in 2008.” 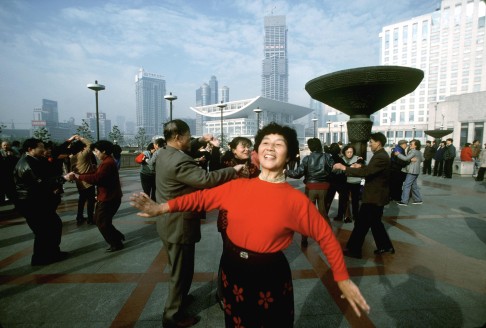 The dancing club was often the first port of call for women who left their farms and villages behind for city life as part of China’s rapid urbanisation, Huang said.

But the damas’ need to dance can be traced even further back – to their social environment and experiences in their youth, according to Mi Li, an associate professor of politics at Central South University, one of Huang’s co-researchers.

“According to our research, most square dance lovers are older Chinese women aged between 50 and 60, whose childhood and teenage years took place between the 1960s and 1970s during the Cultural Rrevolution,” she said.

People were encouraged to have a world outlook that substituted self-interest with a concern for others – a favouring of collectivism over individualism. Two events in particular left a lasting impression – the Great Linkup of 1965 and the educated youth campaign of 1969. In the former, millions of students across the country flocked to Beijing’s Tiananmen Square by foot or by train to see chairman Mao Zedong; in the latter young people were sent to work in the countryside, with many spending the prime of their life toiling in answer to Mao’s call for youth to be re-educated by farmers.

“Many [damas] crazily and collectively took part in massive political movements in squares when they were children and teenagers, like being Red Guards, joining the campaigns of the Great Linkup and educated youth movement,” Mi said. “That period of the country … left a deep imprint on a generation of Chinese damas.

“They worship collectivism … and so everything and everybody should be controlled by and/or belong to the party, or the so-called society, which also means ignoring and going against the freedom and rights of individuals,” Mi said.

“That’s why damas are so interested in square dancing,” Huang added. “They can strongly feel the sense of presence and safety in squares with others, and so on – buying gold, bitcoins and property – one following another.” 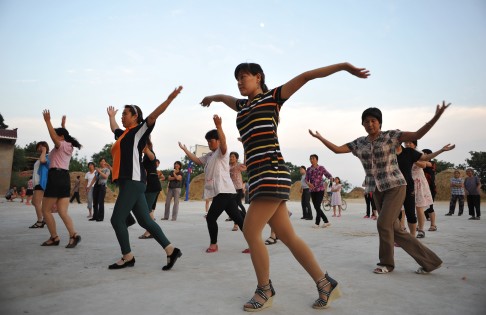 Because of their experiences, damas prefer to obey the state and have little respect for privacy or individuals. “That’s why disputes are growing – because their noisy dancing disturbs local people,” Huang said.

Residents say the noise prevents them from relaxing, disturbs their sleep and distracts children from their homework. Such criticisms have prompted a proposed regulation in Guangzhou that would limit the damas’ activities.

It calls for a ban on the dancing in non-recreational or exercise areas, as well as areas within 50 metres of buildings where noise is a key concern such as hospitals, schools, scientific research units and housing estates.Violators face up to 1,000 yuan in fines. But enforcers are facing a formidable army of opposition.

“Everyone can dance with loud music in a public place. It’s our right,” said Zhu Ming, a 54-year-old woman in Shenzhen who dances daily. “It makes me feel young and happy. People our age dance here, talk here, and feel good together here.

“No one can stop us from dancing in the square.”