A Chinese choir serenaded world leaders during a lakeside concert on Sunday night after the start of the Group of 20 summit in Hangzhou.

Held on a stage at the West Lake, the hour-long performance drew on the Chinese patriotic songbook as well as folk music and Western standards.

Watch: A gala performance welcomes the G20 to China

It started with the Chinese classic A Moonlit Night on the Spring River and culminated in Beethoven’s Ode to Joy.

“It’s a global language. This is very important because the G20 summit is a conference where we discuss and address global issues,” he said. 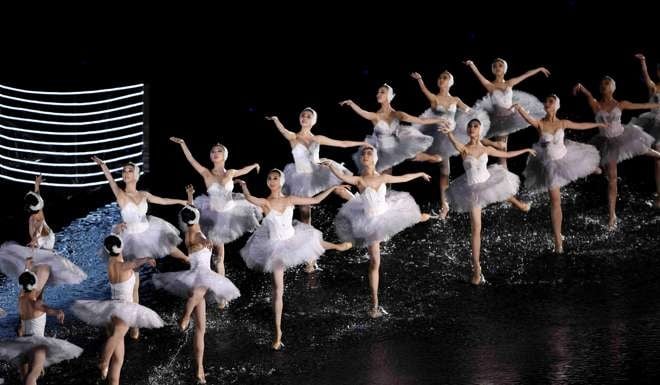 In addition to his career as a director of movie blockbusters, Zhang, who oversaw the opening ceremony of the 2008 Beijing Olympic Games, has racked up a list of directing credits for Chinese shows of international significance.

“[Zhang Yimou] has finally found where he belongs. He should keep this job of directing performances in the future,” one person commented on the internet.

This is not the first time Zhang has put on a show in Hangzhou.

In 2007, he created “Impression West Lake”, a production that had some elements in common with the G20 concert.

Zhang told state media that most of Sunday night’s show was new, but that he retained a splashing water element from the earlier production. 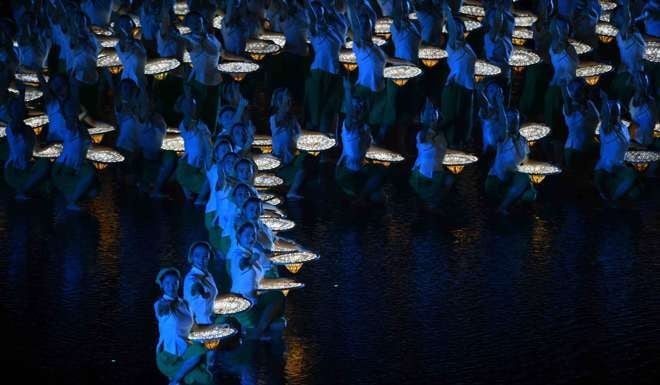 Another parallel from the past on Sunday was Zhang’s use of a young girl singer to represent purity and harmony.

In 2008, he showcased the voice of a young girl as the signature vocal performer for the Olympic Games opening ceremony in Beijing.

This time Hangzhou girl Xu Zi, who was born in 2008, was in the spotlight singing the patriotic song My Country and Me.